Is lack of sleep killing/destroying my goals?! 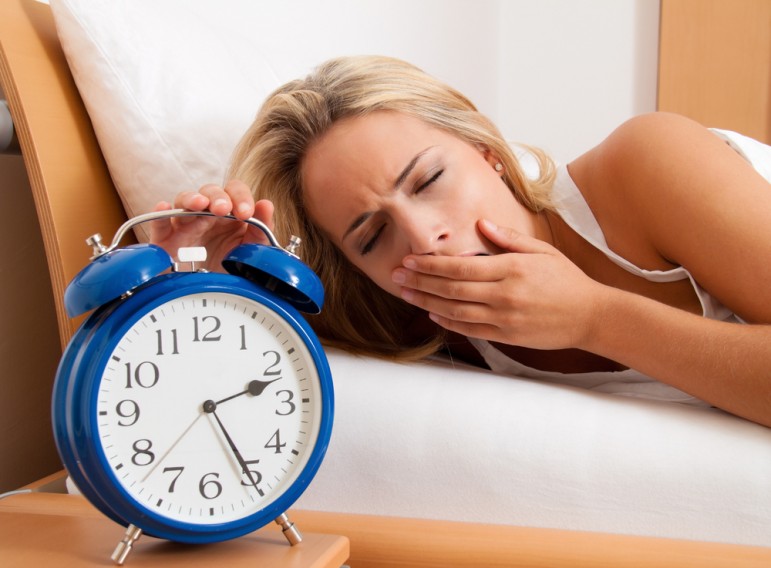 Here’s an opening line that will raise a few eyebrows……

Even if you have the best diet plan and fitness regime, if your sleeping hours are switched off, you’re wrecked!

Imagine two women you know: One is your model of fitness success (she clearly knows how to slim down correctly and has the body to show for it), and the other is what you fear.  This friend has her heart in the right place, but no matter how hard she works, she still struggles with the process and doesn’t have the body she wants.  The troubling part is that when you talk to both, they share a common approach:

The friend who struggles, cannot keep focused but follows the same plan and just isn’t seeing the same results.

The problem might seem obvious at first.  After all, one woman strays from her diet more than the other and if exercise “isn’t working,” it probably means she just doesn’t really know how to train.

Or maybe, diet or exercise isn’t the real problem.

The ever-ending debate about the best way to achieve a healthy weight always revolves around eating and movement.  If you want to look better, the most common suggestion is “eat less and move more.”  But it’s not that simple, or even accurate.

Sometimes you want to eat less and move more, but it seems impossible to do so. And there might be a good reason:  Between living your life, working, and exercising, you’re forgetting to sleep enough.  Or maybe, more importantly, you don’t realize that sleep is the key to being rewarded for your diet and fitness efforts.

Not sleeping enough—less than seven hours of sleep per night—can reduce and undo the benefits of dieting, according to research published in the ‘Annals of Internal Medicine’.

In the study, dieters were put on different sleep schedules. When their bodies received adequate rest, half of the weight they lost was from fat.  However when they cut back on sleep, the amount of fat lost was cut in half—even though they were on the same diet.  What’s more, they felt significantly hungrier, were less satisfied after meals, and lacked energy to exercise.  Overall, those on a sleep-deprived diet experienced a 55 percent reduction in their fat loss compared to their well-rested counterparts.

Go back to the last time you had a terrible night sleep.  You felt horrendous, exhausted, confused, dazed and most definitely grumpy. It’s not just your brain that feels that way but your fat cells do too.  When you have deprived your body of sleep, it suffers a metabolic punch with hormones flying all over the place confusing the correct function of cells job.

Many people believe that hunger is related to willpower and learning to control the call of your stomach, but that's incorrect.  Hunger is controlled by two hormones: leptin and ghrelin.

Leptin is a hormone that is produced in your fat cells.  The less leptin you produce, the more your stomach feels empty.  The more ghrelin you produce, the more you stimulate hunger while also reducing the amount of calories you burn (your metabolism) and increasing the amount fat you store.  In other words, you need to control leptin and ghrelin to successfully lose weight, but sleep deprivation makes that nearly impossible.

Sleep deprivation is a little like being drunk.  You just don’t have the mental clarity to make good complex decisions, specifically with regards to the foods you eat—or foods you want to avoid.

Not enough sleep means you’re always hungry, reaching for bigger portions, and desiring every type of food that is bad for you—and you don’t have the proper brain functioning to tell yourself otherwise.

No matter what your fitness goals are, having some muscle on your body is important.  Muscle is the enemy of fat—it helps you burn fat and stay young. But sleep (or lack thereof) is the enemy of muscle.

The connection between sleep and weight gain is hard to ignore.

While there are no conclusive numbers that apply to all, a good rule of thumb is to get yourself between 7-9 hours sleep per night and make sure one bad night isn’t continued for the rest of the week.  It might not seem like much, but it could make all the difference and mean more than any other health decision you make.