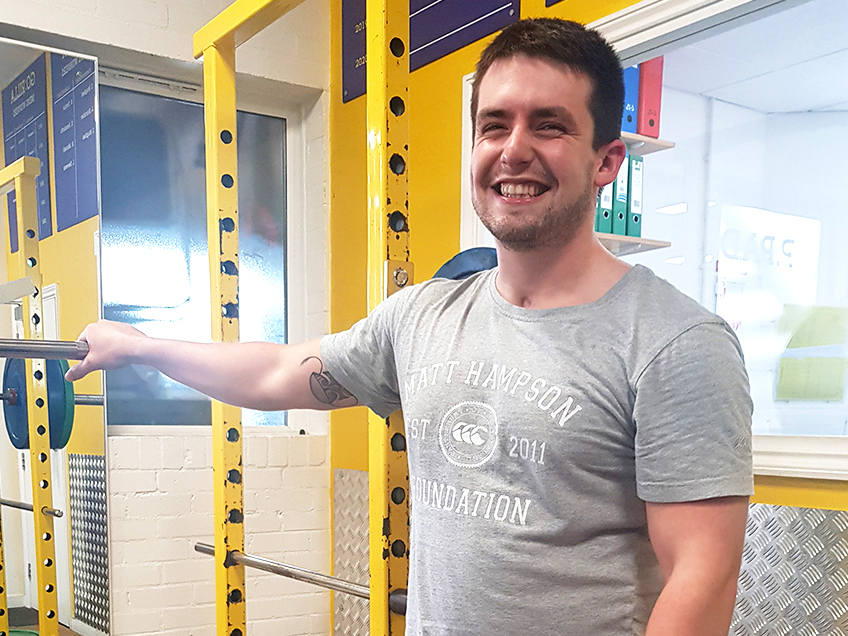 Hello one and all! My name’s Joe, for the few of you lucky people that don’t know me, and I’ve been training at Govers on and off since it opened. This has increased dramatically from about once a fortnight to 4 times a week since I first returned home from a rugby scholarship in New Zealand in October 2016.

Whilst I was over there playing, I was also touring the country. I had been to Hobbiton, the Waitomo Glowworm Caves, the coromandel and generally frolicked around. As funds were becoming increasingly depleted I was also working in a bar. I played rugby on the Saturday against Te Puke, went to work and then tried to drive through the night to get to a place called Cape Reinga. This was a bad move as I fell asleep at the wheel which resulted in a serious car crash and ended up in a coma for 4 weeks alongside breaking my entire body. Well, my entire body is an exaggeration, it was more like my neck, my back, my pelvis and my shoulder, alongside perforating my spleen, ripping my diaphragm in half and sending my liver on a short vacation to the northerly location of my armpit. For good measure, I also sustained a brain injury. This was a minor hiccup in my plans for world domination I can’t deny!!

After coming out of the coma, I endured 3 months of gruelling psychological and physical rehabilitation. During my first physical rehab session, which took place 6 weeks after my accident, I couldn’t lift a tea towel to vertical whilst lying flat on a physio bed. I also stood for the first time using bars and being supported and I took my first steps, which was actually just leaning on a frame and being dragged along. This shows how bad I was. At this time, I set myself two goals, bench press 100kg and squat 100kg at some point in my life. During the psychological sessions, I learnt how to hold a pencil, to write, to perform other dexterous tasks, attempted to regain some control over my emotions, learnt social norms and to cook again. After this joyous period, I returned home.

I started training again at Govers under the supervision of Olly and Dave as of November 2016. They began with simple tasks like working on my fitness, my balance and general strength. I struggled in my first session with Olly to shoulder press the 2kg weights, I was that bad. Time flies when you’re having fun, and 9 months after the accident I squatted 100kg. I’d already benched that 4 days before. Since this time, I’ve benched 140, squatted 150 and deadlifted 145. Exercise I have found is an incredible release of all emotions, any anger or frustration, it clears the head and is actually one of the most important things for brain function going as o5 increases the oxygen supply and sharpens the mind. It makes me wonder about Alex...

I’m back working full time, in the career I was involved in before leaving; I trade in fruit and veg. I am a fully qualified rugby coach having chosen early retirement and now play squash every week instead. I have also chosen to pursue different skills: I’ve successfully completed an advanced driving course, am semi fluent in Spanish and hopefully I’ll embark on an accountancy degree course as of September (if they accept me).

Also, I went back to New Zealand to finish it off and Cape Reinga was sensational ??.