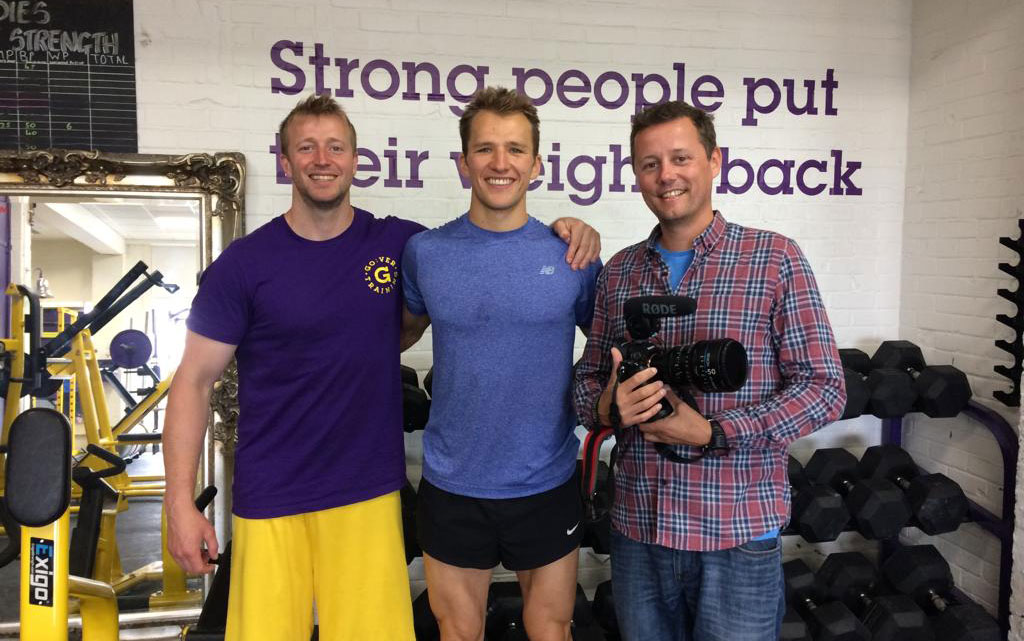 GO:VER sponsor a few athletes, one of whom is the ever impressive Tom Evans. Tom, a captain in the welsh guard, is one of the best athletes I have ever had the pleasure of training with.

When I first met Tom we were both trying to add as much muscle as possible. Tom would often join me on my lunch break to go head to head on the chicken challenge;  a rotisserie chicken, quarter of brie and a bag of spinach.....each. It was clear at this stage that Tom was a different breed with his unwavering discipline to achieving his goal; the more intense, painful and heavy the session the more he relished it. This was six years ago now and Tom was HUGE! His body now looks completely different.....

Tom excelled in his Army career simultaneously developing his taste for endurance events. From 2012 onwards every time I saw Tom he was slighter, faster and fitter. The army's physical training  programme is demanding but  Tom was adding his own training programme on top.

Over the past couple of years top entered a host of endurance events, invariably placing well and always enjoying them. Tom set his sights on the monumental challenge of the Marathon de Sables (MDS). The MDS is a six day, 156 mile Ultra marathon across the Sahara Desert, competitors endure rugged terrain, relentless heat and can only eat what they can carry. The MDS is widely regarded as the toughest foot race on earth.

Tom stunned fellow competitors and pundits alike on day one by comping out at an unprecedented pace and leading from the front.Come the end of day two when it became apparent that Tom had no designs on slowing down it had journalists desperately trying to find out who is this guy upsetting the Moroccan favourites. The unknown competitor from England, that had surely come out too fast,  placed third overall and became the highest placing brit ever to enter the race. In the process Tom also raised £7000 for charity - what an incredible achievement!

It’s easy to think that maybe this comes easy to Tom and that he is a natural athlete, certainly he is a gifted athlete but there is much more than good genetics here. As with all high achieving people Tom puts himself in the position to be great:

-Meticulously crafted training programme that he executes to the letter

-Daily mobility and pre-hab to keep his body injury free

-Training camps at altitude in his down time from the army

-Carefully thought out nutrition plan that is executed perfectly

We are incredibly proud of Tom and can’t wait to see what is to come for this mighty athlete in the future. Thank you for reading and be sure to congratulate Tom next time you see him in the gym